why I chose to turn vegan

In July 2018, I made a choice to turn Vegan; and no, the food in “featured image” is not vegan, it was one of the first meals during the life-altering trip to Kenya — JusClarifyin

This choice was out of the blue. I couldn’t even imagine myself being a vegetarian, let alone vegan.

I did try to turn vegetarian once when I was in college (around 2011). I don’t recall the reason but I did decide on that. One day into my decision of being a vegetarian, I went to McDonald’s and had a McChicken ?‍♂️ without even remotely being present to the promise I made to myself just the other day. It only lasted for one day! ?. After that meal, I gave up on the idea of turning a vegetarian. I mean, I couldn’t even remember it for one day! It just wasn’t that important to me I guess.

My eating habits resumed to its usual after that 1-day episode — having non-vegetarian at least once a day.

Fast forward to July 2018, I went for a family trip to Kenya and nothing was the same.

We traveled to Nairobi, Mombasa, and Nakuru. We visited Masai Mara National Reserve and Lake Nakuru National Park in Nairobi and Nakuru respectively, and in Mombasa, we enjoyed some peaceful time at the beach. It was just beautiful!

Attaching some pictures I took during the trip. Some of the best pictures I have ever clicked were from this trip but unfortunately, I lost those due to hard-drive failure ?‍♂️. Managed to recover only a few ? — Ensure you have your data backed up. Extremely important!

Anyway, I digress. These pictures were taken using the iPhone 7 and were edited on Instagram.

You can check out the photos I click here.

Anyway, we spent a total of 5-6 days going on safaris and witnessing the beauty and sheer vastness of nature, and various animals including the “Big Five” – Lion, Leopard, Rhino, Elephant and African Buffalo.

I remember just observing all the animals, some from afar, some from real close and I could see Hugo (my dog) in them. The way these animals were being/behaving by themselves and amongst each other, lying around, licking themselves, scratching, yawning, playing with each other; All of this reminded of Hugo. I just wanted to love them and pat them. I was even calling them Hugo! I had never noticed this similarity earlier in my life. We got Hugo in mid-2016 and I just never noticed, not to this effect, at least.

Attaching below some photos to give you an idea of how cute these animals were — These photos were taken from Canon EOS 600D, 18-200mm Lens (All photos are untouched except for the watermark)

You can check out the photos I click here.

Anyway, the trip ended and we came home having had an amazing time and lots of memories to cherish.

As we entered our home, we met Hugo and I’m sure you can imagine the reception! In my experience, I don’t think any human can match the way dogs welcome and greet their fellow humans.

Hugo slept in my room that night (he usually doesn’t sleep in my room) and I was just loving him, telling him I met his friends there and how much I missed him.

Later that night, I was just laying in bed and recollecting what all I’d experienced during the trip, going through memories, photos, etc. I could hear a buzzing noise around me and I noticed a mosquito. I was contemplating if I should kill it or not. Usually, I don’t like to kill insects. The very thought of it grosses me out. Yes, I have killed them ? out of necessity but I try to not do it as much as possible. That’s when I started thinking about my eating habits. I was reminded of all the animals I saw and how I was in awe of them. How I was loving them as if they were Hugo. I got present to how we are all made up of the same energy, part of the same ecosystem, and I thought to myself, here I am grossed out at the thought of killing an insect and on the other hand I eat dead animals? That thought didn’t sit well in my mind. I saw myself as a hypocrite where on one hand I was being extremely thoughtful for one form of life and, on the other hand, I was not being thoughtful at all for the other form. All forms of life are life at the end of the day and ideally, I don’t want to take away someone else’s life. Who am I to decide which life is more valuable or who should continue to survive and who not. I guess It was easier for me to eat meat because I wasn’t the one doing all the killing? I knew I would never even think of eating Hugo or any other dog for that matter, so why do I eat other animals, I asked myself. All animals are the same. In that moment, something shifted inside me and I made an immediate choice to turn vegan.

I was up for the better part of the night that night researching about veganism, what is it to be vegan, what all I can eat, and so on.

That day/night, a whole new world opened up for me. The first thing I learnt was that veganism is not just a diet, it is a lifestyle. Diet is one part of it.

“Veganism is a way of living which seeks to exclude—as far as is possible and practicable—all forms of exploitation of, and cruelty to, animals for food, clothing or any other purpose; and by extension, promotes the development and use of animal-free alternatives for the benefit of animals, humans and the environment. In dietary terms it denotes the practice of dispensing with all products derived wholly or partly from animals.”

Its been almost 2 years now since I made that choice and I have to say, I feel great on so many levels. I still am in transition, it is a journey. However much I love this philosophy, I can’t turn my whole life around so soon.

I used to 80/20 rule to prioritize my habits. First I attacked my diet and I am on about 90% vegan diet now. Indian home food is pretty much vegan if we take out dairy and meat, and believe me, there are A LOT of options. When meat was my first preference, I didn’t realise there are SO many options in vegetarian food. It’s funny, how people think going vegan would reduce their choice of food (or at least I thought so) but honestly, I think I have more options now than I had when I was a non-vegetarian. Earlier, I used to eat chicken every day in some form or the other but chicken nonetheless. Now, I have so many distinct choices of food.

I still seldomly consume some butter, mayo or other dressings when I go out to eat but that is changing thanks to the growing awareness on the topic, there are various places that serve amazing vegan food options and that number is on the rise.

I have to admit, at first I did miss eating meat, at least at social gatherings/weddings where I could see and smell non-vegetarian food around me. My taste buds really craved for that but it was shortlived. At such times, I was reminded of why I made this choice and honestly, that “why” is too big for me to slip. [Bigger the why, easier the how!]

Being a vegan, like anything is a matter of habit. Initially one might have to be vigilant/conscious about their choices but once the habit is formed, it is a routine — it is on autopilot.

Each day I am being more conscious of my buying decisions, for example, I check the ingredients before I buy packaged food; I ask the waiter what all is in the dish that I plan to order, I read labels on clothing to see what they’re made of, etc.

Initially, a lot of my family members asked me — why no dairy? dairy is fine; or why vegan? vegetarian is fine, and so on — And for that, and for anyone who is inspired to take on a vegan lifestyle or is at least intrigued, I am listing down a bunch of links that helped me become aware of veganism, its benefits (360º), what all we can consume, and the condition of the dairy and meat industry. If you say you love animals, just like I do, you won’t like what you see/read about the meat and dairy industry.

Bigger picture — choosing not to consume animal products doesn’t only benefit those animals, it also helps reduce carbon footprint. You can read detailed benefits, from various perspectives, of being a vegan here: https://www.vegan.com/why/

A detailed list of vegan foods along with suggested substitutes: https://ordinaryvegan.net/vegangrocerylist/

Learn what all food/products are vegan: https://www.vegan.com/foods/

In my previous post, I mentioned how Hugo has impacted my life. This post also comes under that category. Hugo has made me and continues to inspire me to be a better person. Below are some posts that share Hugo’s impact/influence on my life:

Lastly, thank you so much for reading till the end! I hope this added value ?

i write about conscious living

a conversation with my dog that changed my life forever!

read more
28th December 2012, i went through a jaw-dropping experience after which I have had this unshakable belief that everything…
ttransformation stories 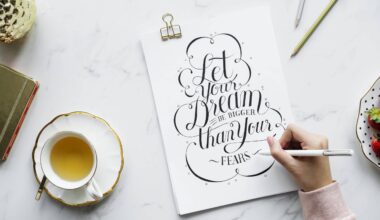 read more
At first, I didn’t think I’d write about this. The challenge to myself was to just post the…
ttransformation stories
I have learnt A LOT from Hugo (my dog) since he came into our lives 3 years ago.…
cconscious living 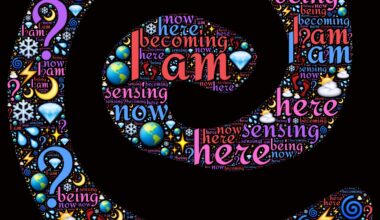 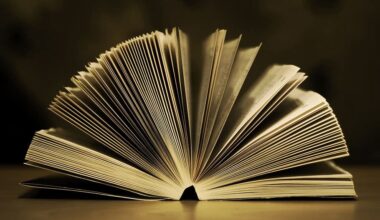 read more
I was never really a reader but turned into one in the recent past. I want to share…

Total
0
Share
0
0
0
0
0
0
join waitlist we will inform you when the product arrives in stock. please leave your valid email address below.